I relaxed on the second floor of the open-air deck of a coffee shop in the Vietnamese capital of Hanoi while I peered out at the world. Sipping a creamy cup of caffeine, I watched the endless river of motorbikes flowing through a round-about. I glanced down at my petite porcelain cup. The last swig of toffee-colored brew still remained. Raising the cup to my lips, I savored the final sip. I marveled at how the sticky-sweet condensed milk complimented the coffee’s bold bitterness. My tiny mug had taken nearly 10 long minutes to fill in a painstakingly slow brewing process, but it took me only a few seconds to gulp it down. The flavorfully potent brew was irresistible. I could already feel my body responding to the mega-dose of caffeine. My heart thumped and my entire body buzzed. I couldn’t remember when I had felt more energized and empowered to take on the day.

This was my first experience with the country’s best-known beverage – Vietnamese coffee. And I already couldn’t wait to have a second.

The Unfamiliar History of Vietnamese Coffee

Let’s back up. If you’ve never been to Vietnam, you may not be aware of the country’s fierce coffee culture. Did you know that Vietnam is the second biggest coffee producer in the world? Coming in second only to coffee tycoon, Brazil, Vietnam exports 1.65 million metric tons of their native Robusta beans every year. Perhaps you’re wondering how Vietnam rose so stealthily to the number two spot, outselling famous coffee-producing countries such as Columbia, Ethiopia, and Guatemala.

Coffee was first brought to Vietnam by the French in the mid-19th century and cultivated for sale on Vietnamese plantations. Plagued by the Vietnamese War and government restraints on private enterprises, coffee plantations in Vietnam saw their fair share of ups and down in the last century and a half. Change came after the war ended and in the adjustment of the policy change in 1986 that re-privatized coffee plantations. Vietnam’s coffee business took an upward swing in the 1990s and it hasn’t slowed since. 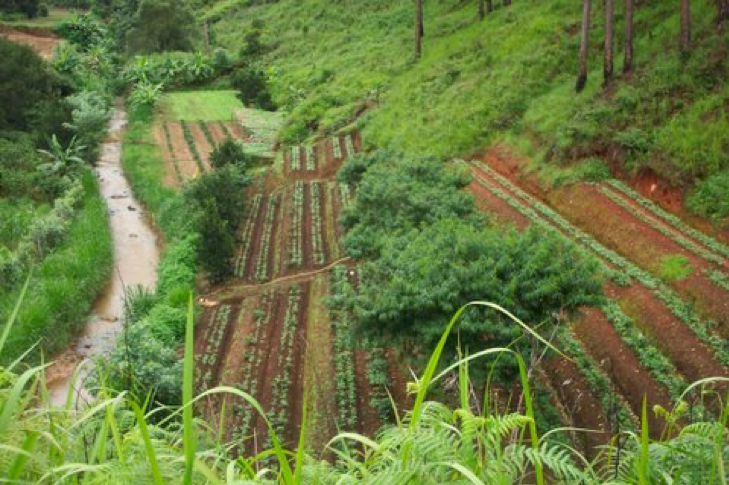 It’s now the world’s largest exporter of Robusta beans. A strong, bitter taste and low acidity are these beans characteristic trademarks. Additionally, they pack nearly twice the amount of caffeine as the more common Arabica beans. This gives Vietnamese coffee a powerful kick. Due to the bitterness, Robusta beans are internationally preferred for instant coffee, the niche in which Vietnam now thrives.

But don’t misunderstand. Instant coffee is not worth traveling around the world for; fresh-brewed Vietnamese coffee, however, is. 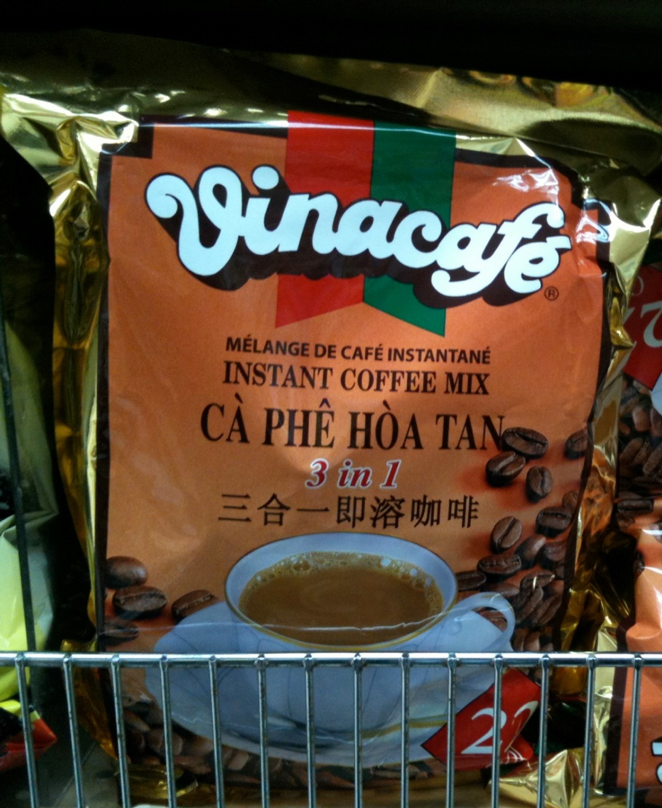 So, how is fresh-brewed Vietnamese coffee made?

Forget the instant coffee claims to fame for a minute. If you’re in Vietnam, you absolutely must take the time to taste a cup of the real brewed deal.

For a perfect cup of ca phe, the beans must first be ground to a medium-coarse grain. Then the phin is prepared – the small, personal-sized metal brewing contraption that fits perfectly over your dainty cup. The phin is best described as something between a French press and a drip filter. Although the process is not a quick one, it is certainly worth the wait. 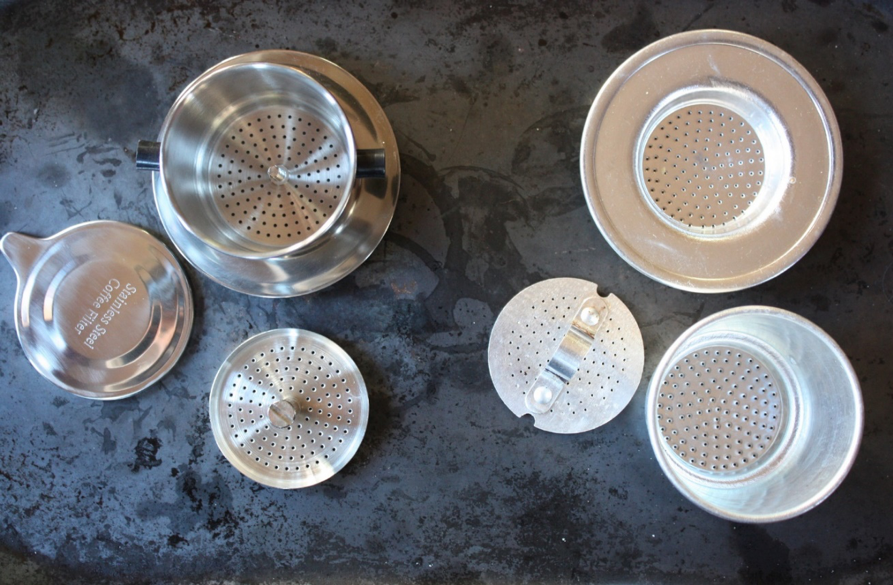 The filter is placed directly on the lips of the cup. The phin is placed on top of that. The grounds and hot water follow. Lastly, a thin lid covers the top. The coffee brews directly into your cup, the bottom of which is likely coated by a generous dollop of condensed milk.

But I drink my coffee black…

If black coffee is part of your morning ritual, simply ask for the condensed milk on the side. Otherwise, you’ll probably get a cup lined in the sticky-sweetness. Just be prepared; you’re about to sip a very bitter cup of Joe. I’m a black coffee drinker myself, but I made a few exceptions in Vietnam because the traditional style was just too tempting to pass up completely. Give it a try. You may be surprised how well a ca phe nau, (brown coffee as it’s referred to in the north) or ca phe sua (coffee with milk as it’s referred to in the south) can hit the spot. For when you want something more refreshing…

It’s only natural there would be an iced version in a place that sees temperatures well into the 90s (Fahrenheit) on a regular basis. It’s called ca phe da and it’s brewed in the same way as the original. The only difference is the coffee and the condensed milk are mixed together post-brew and then poured into a large glass filled with ice. Voilà– iced Vietnamese coffee. 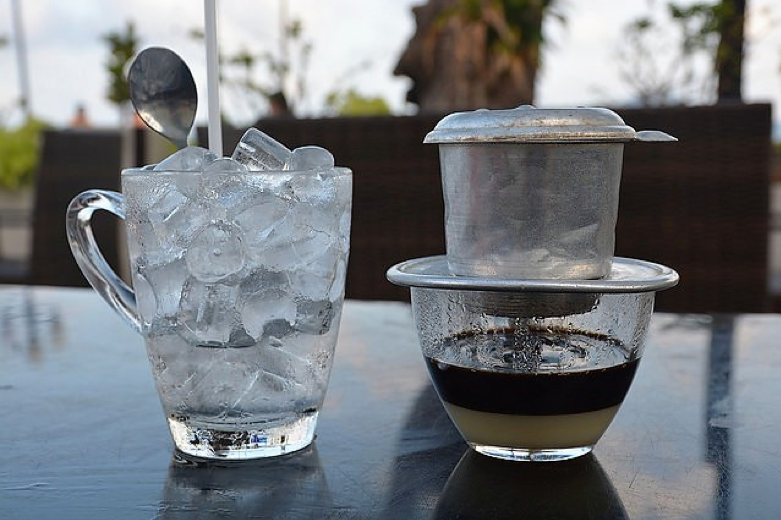 Something else catapulting Vietnam to world-wide coffee fame is its “weasel coffee” (ca phe cut chon). The process may sound a little disturbing, but the process is something the locals swear by. The same Robusta beans are used, the only difference being they have previously been digested and excreted by a civet (a cat-like mammal native to Asia). The civet’s digestive enzymes remove much of the bitter flavor of the bean, giving Weasel coffee a smoother and richer taste with hints of cacao. The beans are picked from the animal’s waste, thoroughly washed, then roasted.

As weird as it may sound, tasting a cup of Weasel coffee is a must-have Vietnamese experience. I was perched on a tiny wooden stool on the side of the road in Hanoi. As I waited for my much-anticipated second cup of Vietnamese coffee, I began to partake in what had become my favorite pastime in the city; people watching.

Street side café in Hanoi

Skilled motor bikers swerved in and out of traffic, gracefully avoiding catastrophic crashes. A diminutive woman walked steadily past, perfectly balancing two baskets of fresh produce on either side of her body which hung from a piece of wood resting across her shoulders. Suddenly, my coffee arrived, mid-brew. I waited patiently for the process to finish and continued watching life carry on around me. The streets of Hanoi

Taste and major caffeine boost aside, that’s what I love most about Vietnamese coffee. It forces you to sit back where ever you are and appreciate your surroundings for a few minutes. My 3-a-day coffee habit allowed me to absorb so many of the subtle quirks and witness delightful interactions in Vietnam that I otherwise would have missed. I savored the time spent waiting for my Vietnamese coffee to brew just as much as the pint-sized caffeine-packed punch itself. The Most Instagrammable Places in Vietnam
December 17, 2018

Instagram is a great platform for sharing photos with both your closest family and friends, but also for the Instagram community who are looking for new places to travel to. … Once closed off to the public, Cham Islands is now open for tourists and locals who wish to go on an island getaway trip. Located about 15 km offshore from … If this is the first time you’re hearing about Nam Du Island, don’t fret – a lot of people haven’t heard of it until now! In fact, it’s an up-and-coming … 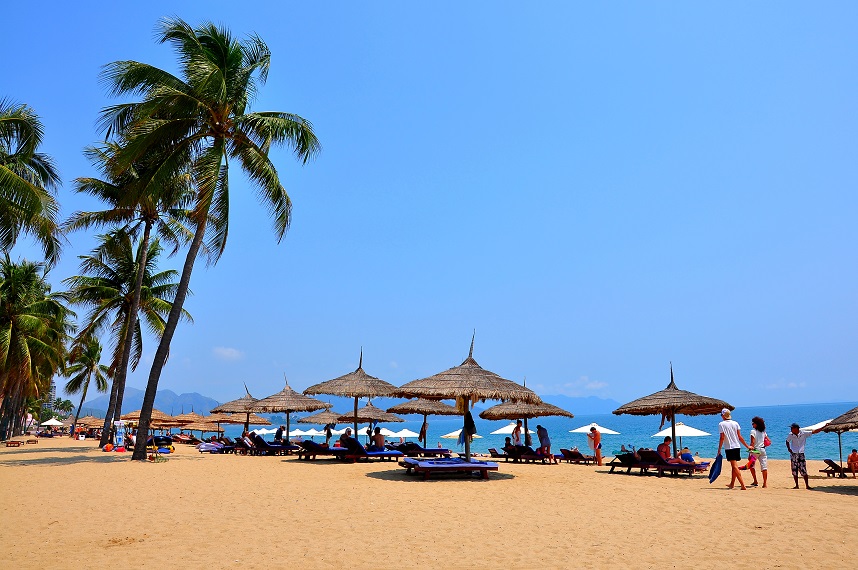 Nha Trang is one of Vietnam’s most popular coastal cities, and is the capital of Khanh Hoa Province. It offers a six-kilometre stretch of pristine beaches with turquoise water, as … 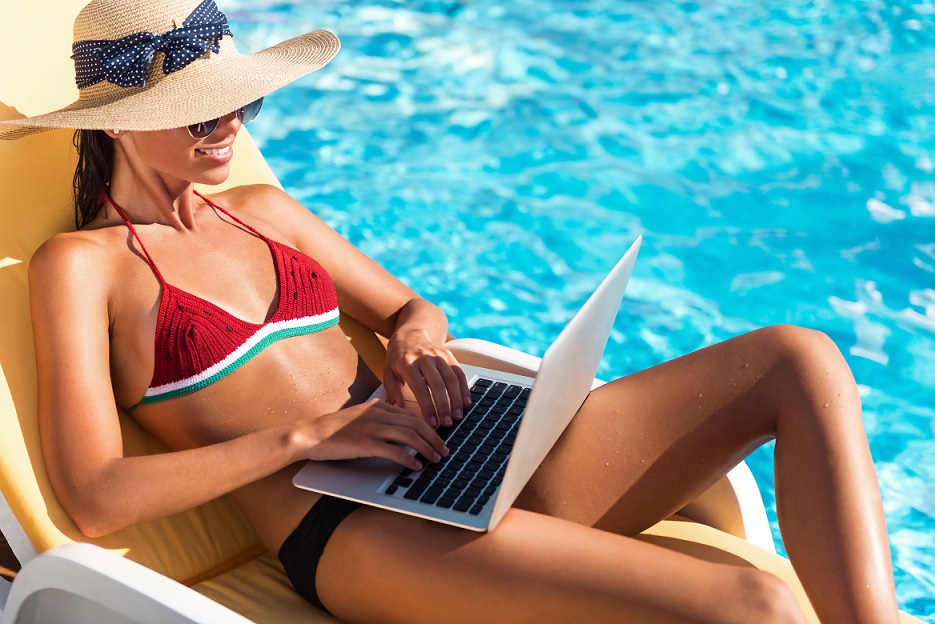 There are plenty of things to discover in Vietnam – everything from the rice terraces in the north, old imperial palaces in mid Vietnam and gorgeous coastlines of white sand … 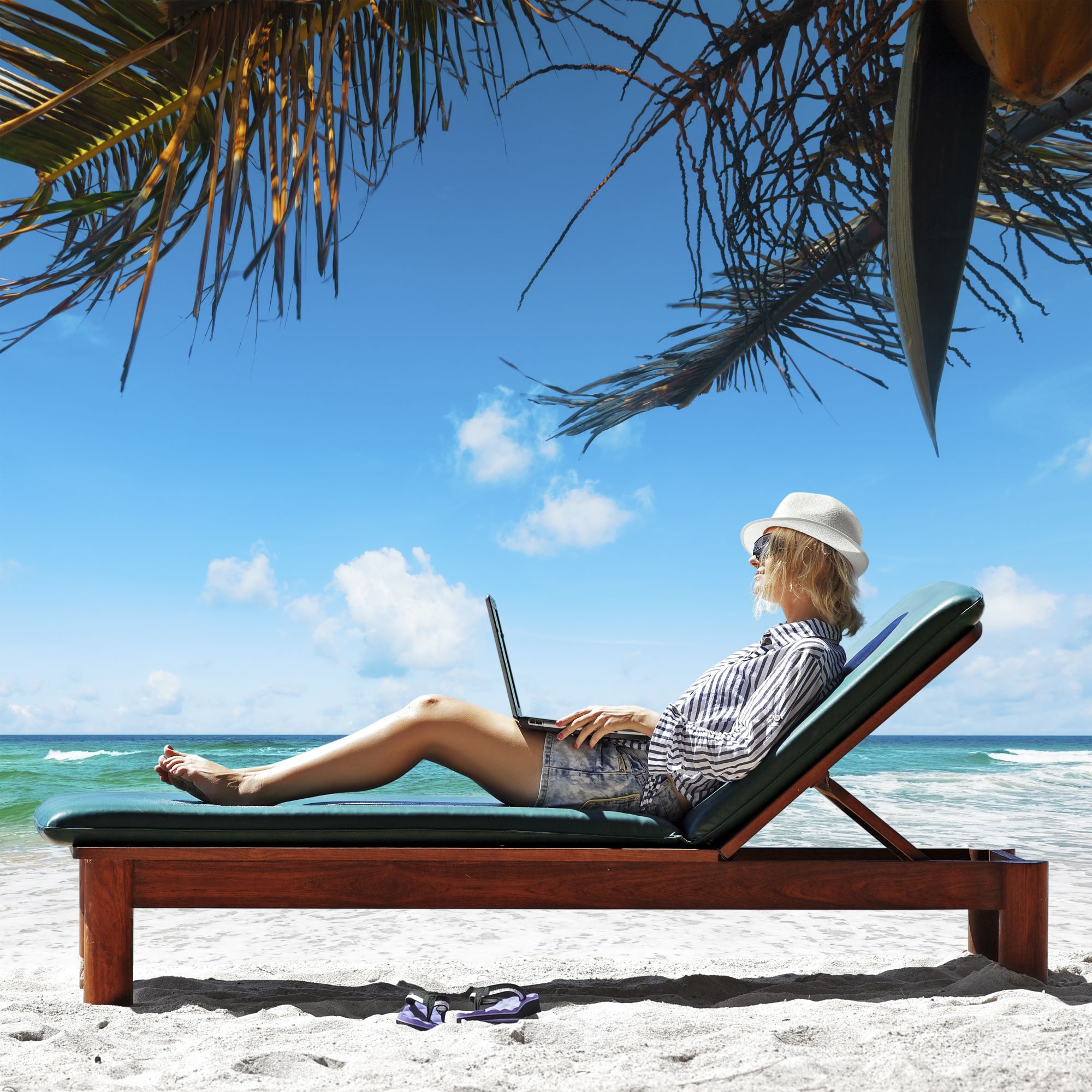 Wonderful Mui Ne in the south of Vietnam is a spectacular pit stop on your vacation. Not only do you have tropical climate almost all year round, you can also … 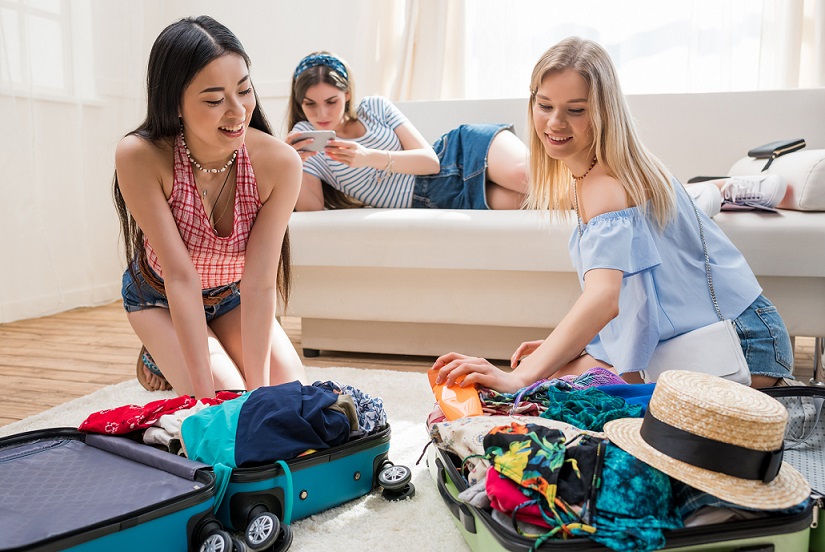 Packing can either be a fun activity or very stressful. If you are planning on traveling to Vietnam for a long term, you have even more things to think about. … 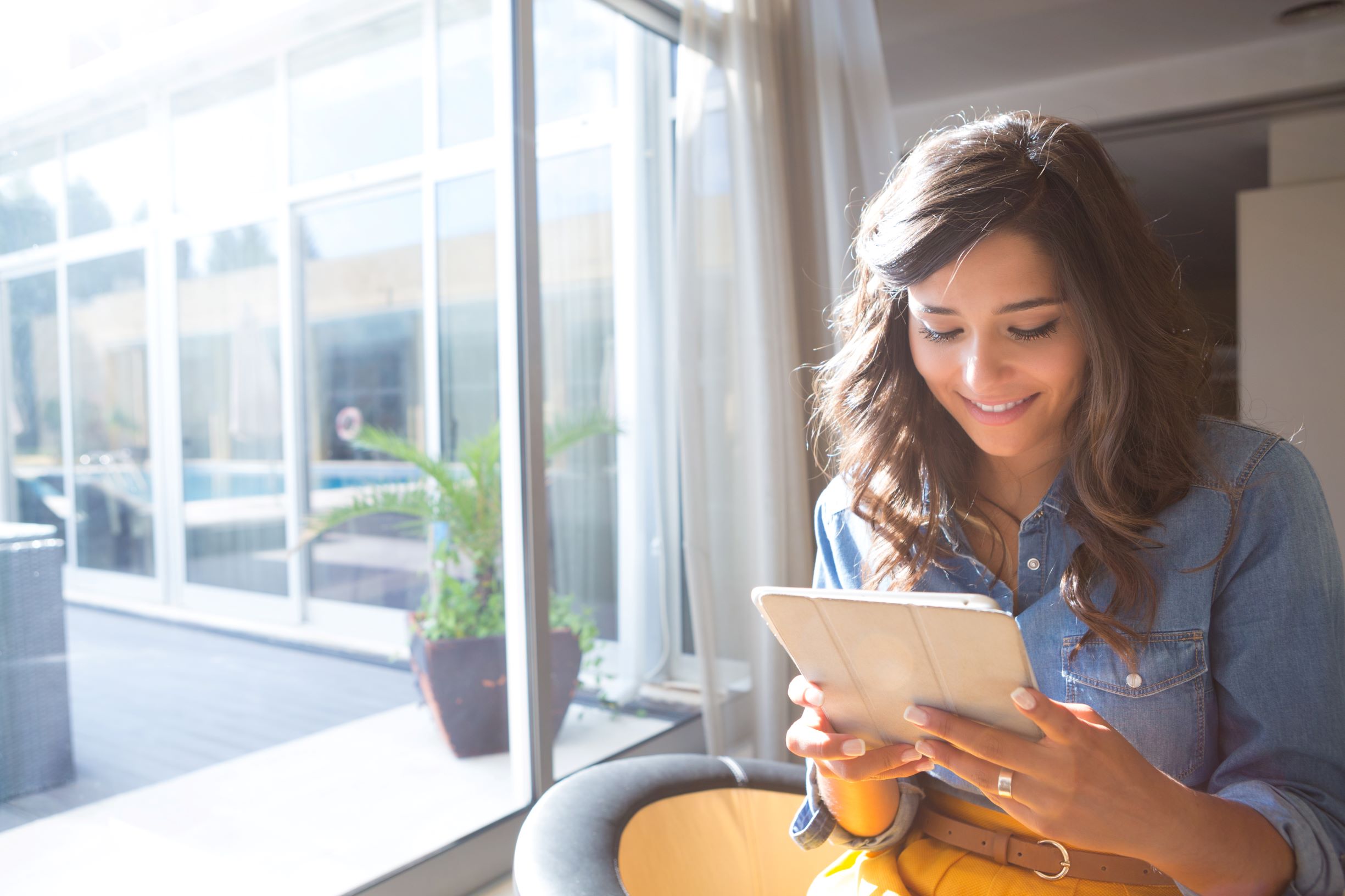 Ho Chi Minh Versus Hanoi – Which City Should YouVisit?
December 10, 2018

Two of the most popular cities in Vietnam are Ho Chi Minh (formerly Saigon) and Hanoi. Both cities are a must visit on your trip to the country. However, if … Hanoi is not only Vietnam’s capital city, it’s also one of the best cities in the country. There are endless of things to do here and you will never be …