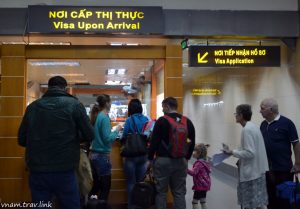 On arrival in Vietnam, at international airports, you will see an office for issuing visas. The visa issuing office is located in front of the passport control counter. See image below: 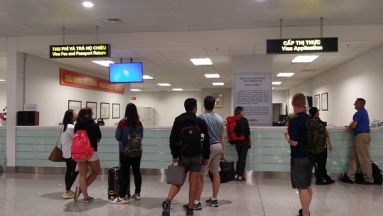 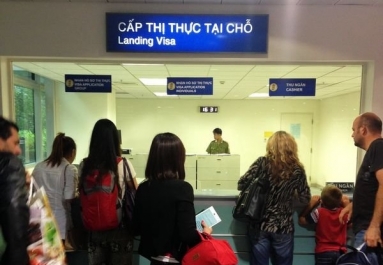 In the Tan Son Nhat int’l airport (in Ho Chi Minh city), you will see an office called “Landing Visa” 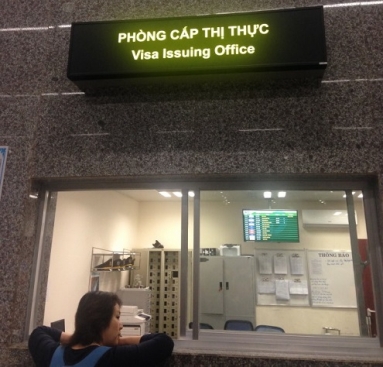 In the Da Nang int’l airport (in Da Nang city), you will see an office called “Visa Issuing Office” 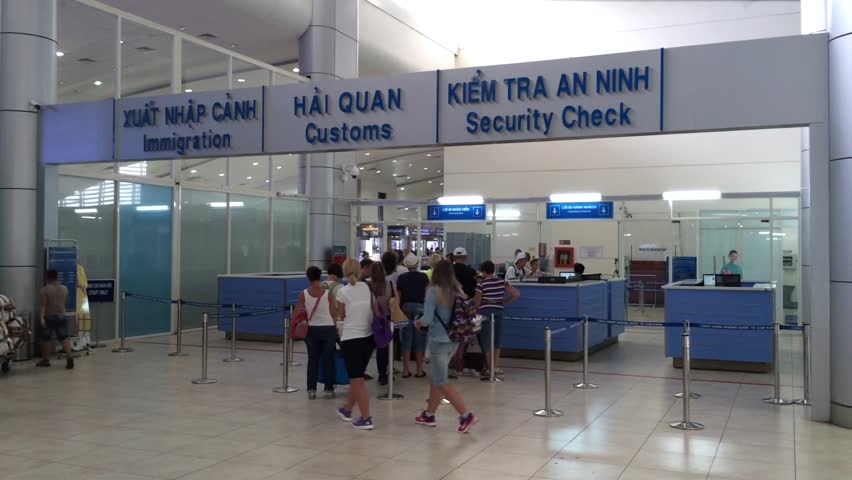 In the Cam Ranh International airport (in Nha Trang city), you will see Immigration office which will issue your visa on arrival. 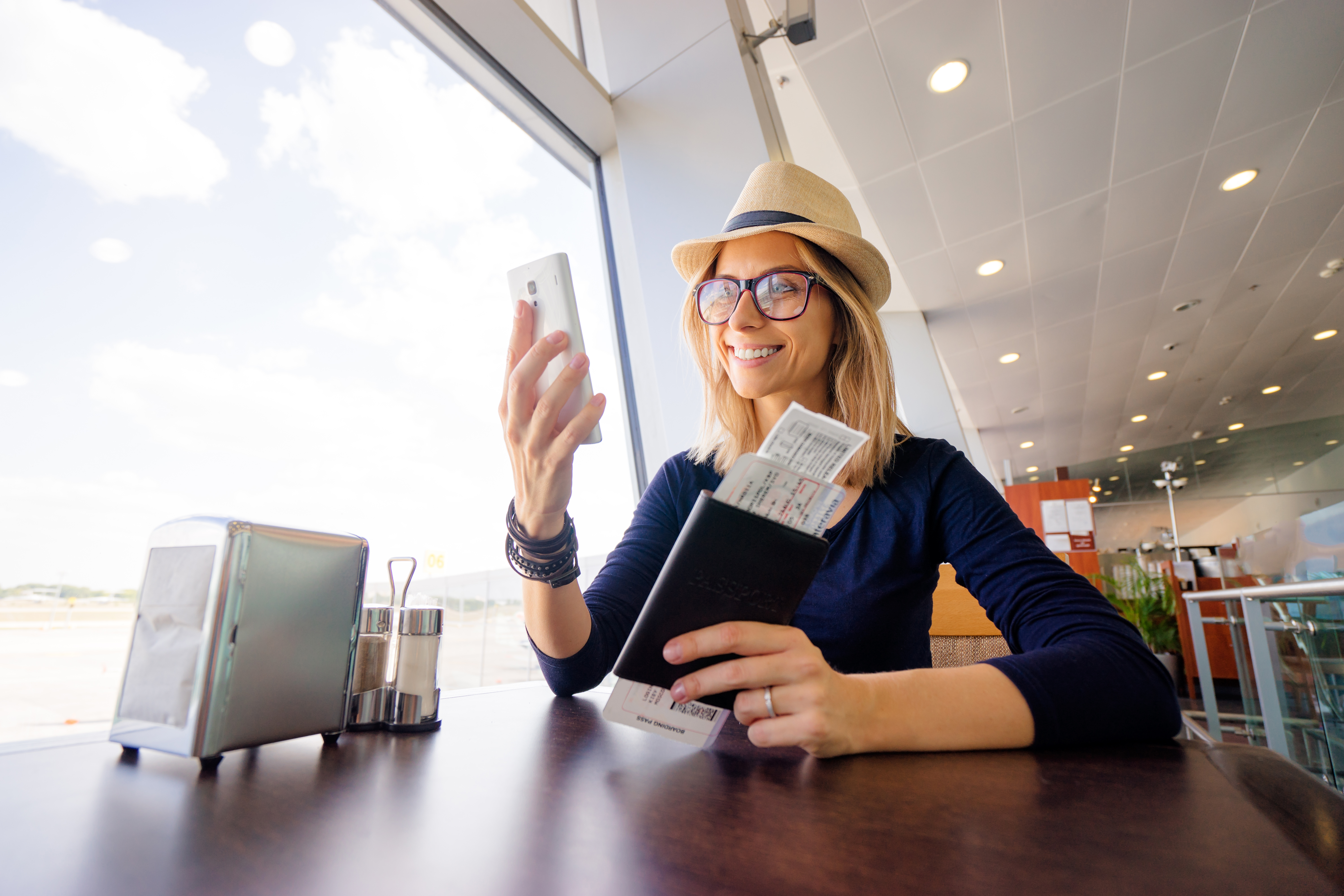 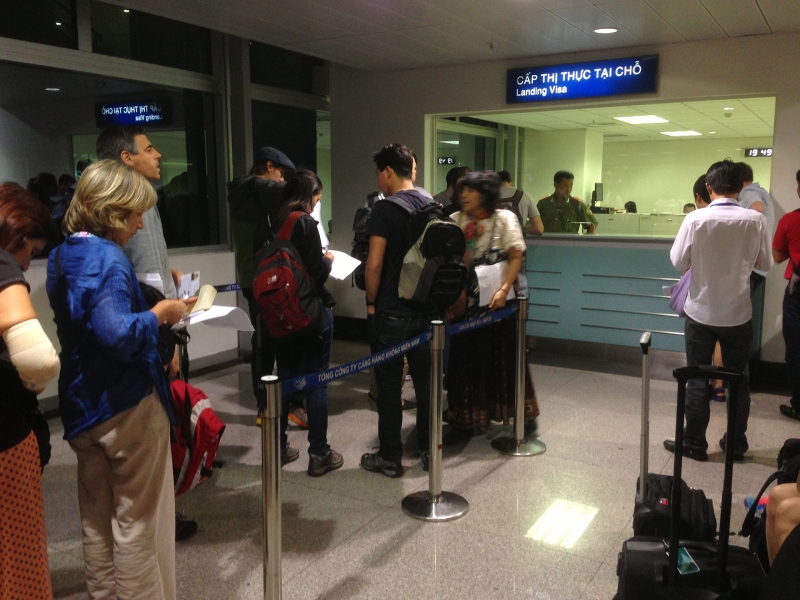 Visa On Arrival (VOA) is one of the several visa types issued by the Vietnamese Immigration Department to foreigners intending to enter the country. Please note that unlike the visa … 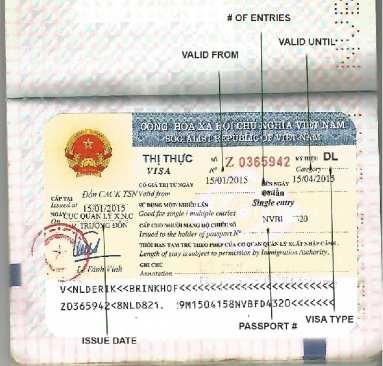 Which documents are required in order to pick up the Vietnam visa on arrival?
October 11, 2017

– To get visa on arrival, you should prepare some documents in advance: original passport + visa approval letter + Form NA1 (we usually send this form in the email … 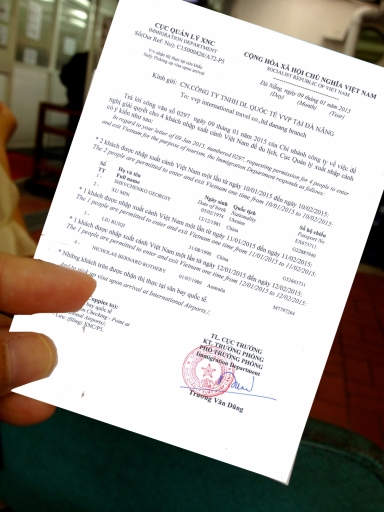 The Visa Approval letter is the letter approved, signed & red sealed by the Vietnam Immigration Department (Vietnam Government). It allows you to board and pick up your visa on …